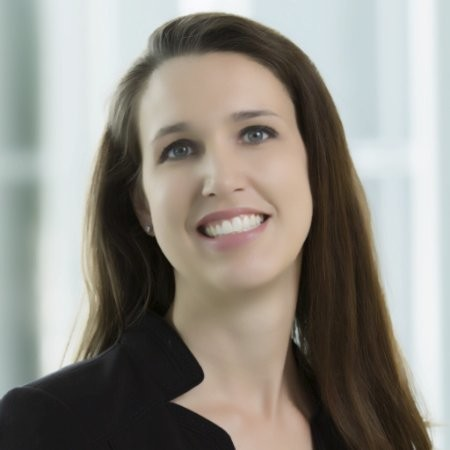 As Co-Founder and Producer of C2C Media, Deanna leans on her corporate, management consulting and nonprofit expertise to advance social change through empathetic storytelling. She has produced content for Applebee's, SONIC Drive-In, Women's Refugee Commission, Austin Recovery, the NRDC and an assortment of other nonprofit, corporate social responsibility (CSR) and advocacy-related clients.

Deanna previously served as Chief Services Officer of Mission Capital, managing a team of consultants in nonprofit strategic advisory services. Prior to that, as Senior Director at MAXIMUS, Deanna managed complex multi-stakeholder engagements, including the implementation of new government programs and change management through transitions involving multiple private and public stakeholders.

Deanna is an active member and volunteer for Impact Austin, Partners in Parenting, and several other nonprofit organizations. Deanna is a member of the American Association of Political Consultants, Austin Film Society, and Austin Ad Fed. Deanna is also a certified Project Management Professional (PMP). Deanna has Master of Social Work and Master of Public Administration degrees from the University of Southern California and undergraduate degrees in Social Work and Health Sciences from Michigan State University. 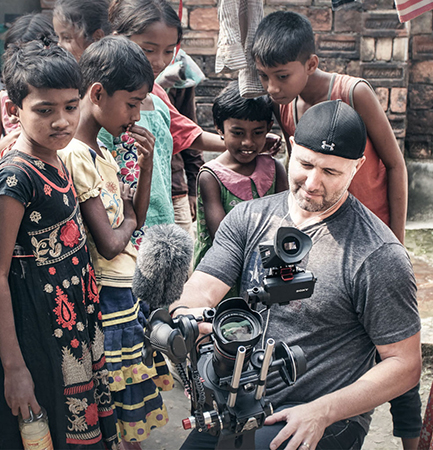 Tyson is a Director and the Co-Founder of C2C Media. For the past twenty years, he’s produced commercials and branded content for several national and international brands, including Whole Foods Market, SONIC Drive-In, Brooks Brothers, Alcon Eyecare and many more. A multi-tool filmmaker, Tyson honed his craft with the SPIKE and Comedy Central crews, creating network-branded trailers and commercials for multiple blockbuster properties, including: Lone Survivor, Star Trek: Into Darkness, Wolverine, Bad Grandpa, and many more.

Tyson has produced and edited content that has appeared across a host of broadcast networks and digital platforms, including; Netflix, Showtime, MTV, VH1, SPIKE, Comedy Central, and many more. He has been awarded 18 Pollie and Telly Awards, honoring the best political and advertising spots in film and television. He recently produced and directed the feature film, Juice: How Electricity Explains The World, due out in 2020. To learn more about the film, please visit www.juicethemovie.com.

Lead singer in a band. Check. Owner of multiple bars. Check. Bustling writer that sold off the bars to produce and write professionally in Los Angeles. Check.

Yeah, Dave does it all. He writes and produces a ton of the work for C2C, including narratives, industrials and explainer videos. As the lead producer for Whole Foods 365 grand openings and recipe videos, he’s also a damn good cook – and hand model – in his own right.

A recent transplant to LA, Dave is the creator of Backfired! A five-issue comic mini-series due out at the end of 2019. He has also had two screenplays advance to the semi-finals of multiple screenplay contests.

Dave is originally from Detroit, Michigan, but he lived in Austin for just over a decade prior to moving to out west. While in Austin, Dave owned and managed the Oil Can Harry's and Rain night clubs. 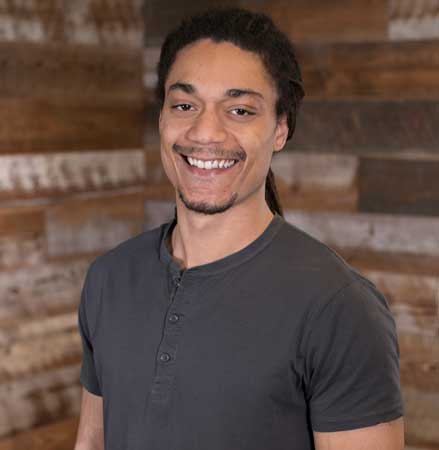 Ben is a skilled photographer who uses both technique and creativity to capture those magic moments that keep customers coming back for more. Whether he’s trekking around town on his electric skateboard in pursuit of the perfect angle or up on stage with a one-name celebrity at ACL, he’s a critical piece to any production that needs spectacular stills.

Born and Raised in Austin, photography has always been Ben’s passion. Luckily for the rest of us, he turned that passion into a profession. Ben has spent his life imagining objects and people from a variety of perspectives. An amiable type who is always smiling, clients rave about Ben’s ability to make even the toughest of gigs look like a walk in the park.